Menu
Log in
Register
Navigation
Install the app
More options
Contact us
Close Menu
Facebook Twitter youtube Discord Steam
You are using an out of date browser. It may not display this or other websites correctly.
You should upgrade or use an alternative browser.

Status
Not open for further replies.

Which Server? BF3 METRO NO LAG | ALL WEAPONS | TBGCLAN.COM

What is your in game name? -Mapnox-

Additional comments If I remember correctly this player was reported and banned
Last edited: Aug 4, 2022
M

Seriously they can't ban him ????? Is it more than clear or do I have to upload a complete game where he kills me with a single bullet many times?
M 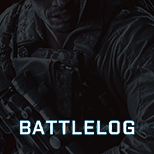 Battlelog is a free social platform that ties into Battlefield 4 and Battlefield 3 and lets you socialize, track stats, plan your next game, and more from your web browser!

Context: He saw that his team was losing and activated all the traps that were within reach


I hope this is enough, because the evidence is more than clear.

Please be patient and nice. This is a part time non paid gig for us admins.

Status
Not open for further replies.